Women, People of Color, and Getting Outside 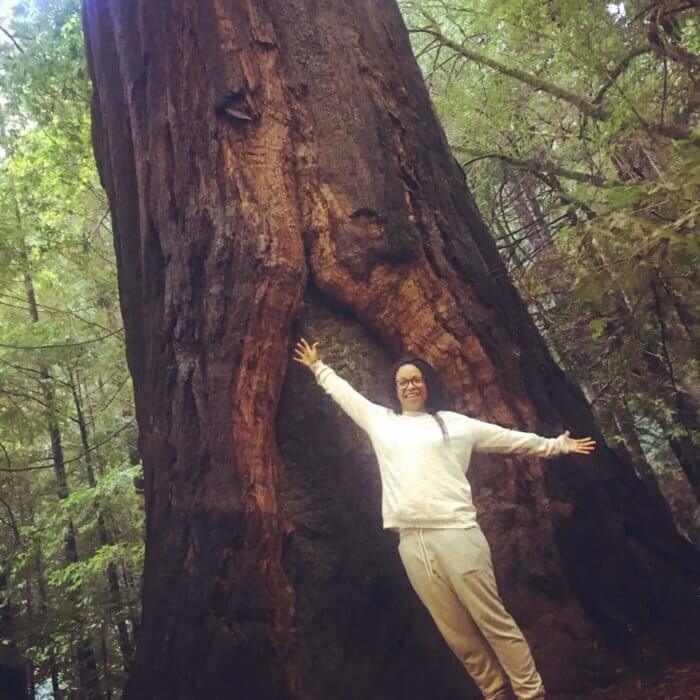 When I got to college, one of the things that always perplexed my white friends was the fact that I had never been camping. Coupled by my lack of desire to do anything outside and many of them just could not understand why I didn’t want to go hike/camp/climb with them.

Just the idea of other people going camping was perplexing to my black father. His response was always the same “Why would people pretend not to have a house, Erinn? What kind of sense does that make?” And to be fair, he had a point. Why would this Black man, who grew up in the poverty of South Central Los Angeles, who finally had the house he dreamed of as a child, to spend the weekend on a cold dirt patch, pretending that he had nothing? 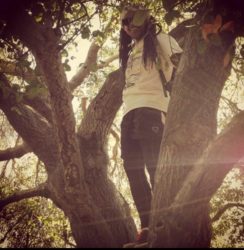 For me the forest has always represented the unknown, a place where anything could happen. As a young black woman struggling to navigate the world that I could see, voluntarily traveling into the unknown seemed like a bad idea. Years and a lifetime of experiences later, nature now plays a huge role in my life. I hike, climb, camp, and run outdoors. I am often the only black person I see on a trail all day. Many times people seem equally as shocked to see me on the trail as I am anytime I see wildlife (I’ve been known to squeal when I see a deer). I believe, more than ever, it is important to know why women and people of color don’t go outdoors and why it’s imperative that we do.

Scholars have noted that people perceive nature as an unfriendly space for people of color AND women. Empirical research has shown people of color have similar reasons for not visiting a national, state, or regional park. Most notably, POC communities cite cost, long distance between homes and nature reserves, and the real concern that rural terrain has historically been “white and hostile.”[1]

As women, the history of patriarchy has often placed men in the role of “explorer” while women stayed home with family and the responsibilities of life. According to a study conducted by the National Park Service (NPS) and the University of Wyoming in 2008, national parks continue to be a place almost exclusively for white men. In 2008, whites accounted for 78 percent of the national park visitors, 9 percent for African American, 7 percent for Hispanics, and 3 percent for Asian Americans.[2]

You may be asking yourself: why is it important for women and people of color to be both present outside and a part of the conversation on conservation and environmentalism?

When it comes to health, research has shown that outdoor activity, like climbing and hiking, can do amazing things for the body and mind. In 2013, scholars in the UK found that spending time outdoors in nature increased attention spans and creative problem solving for participants, sometimes as much as increases of 50 percent.[3]

Beyond this, psychological research has backed up years of a common practice in combating depression and anxiety: getting outdoors. In a nine week study, researchers were able to show that the addition of regular monitored mountain hiking as a part of add-on therapy with their usual course of care was associated with “an improvement of hopelessness, depression, and suicide ideation in patients suffering from high-level suicide risk.[4]

For both women and people of color, the introduction of physical activity specifically in natural environments has shown to decrease overall feelings of anxiety that many people living in urban environments deals with each day. “Spending time in natural environments such as parks has proven mental and physical health benefits. A recent study by Stanford University researchers found that participants who walked for 90 minutes in natural settings improved their memory and lessened their anxiety, compared with those who walked in an urban setting.”[5]

Finally, to answer the question of why women, specifically women of color, need to be a part of the conversation about conservation and environmentalism, one must only look to the tragedy of Flint, Michigan and the tainted water of that predominantly poor, community of color to understand. Tests of this water have confirmed that it had over 900 times the limit the EPA sets for lead particles.[6] 53 percent of the residents of Flint are Black and 41 percent of all residents live below the poverty line.[7] It seems clear and imperative that women and people of color be a part of this conversation; at the very least because many of our communities feel the brunt of industrialization and development.

Every time I go hiking, I send my parents a picture. Every time they send me a text back saying something like “That’s pretty!” and “Ohhhh” Our next step is a walk amongst the ancient trees of Armstrong woods near where I live. They understand why it’s important to me.

My parents gave me knowledge and compassion, and passion for life. The joy I feel every day is based in a foundation that they helped me build. They gave me so much. In return I’m hoping to give them the trees.

Erinn Carter is the Co-Founder and Co-Director of Frailty Myths, a nonprofit that offers empowerment workshops for women with skills like woodworking, strength training, sailing, and others. Make a donation to ensure that more women get access to FREE workshops HERE