Working On the Railway as a Transgender Woman by Mackenzie Boyer 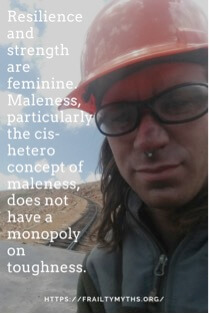 Working On the Railway as a Transgender Woman:

I have worked in my fair share of male dominated industries.

Before my current employment, I worked as a motorcycle salesperson, a used car salesperson, and a copywriter for a start-up that employed no more than two women at once. I am no stranger to the underestimation and undervaluing women face in the workforce in any given field. I am familiar with the harassment and hostility that women and queer folk face on a daily basis just trying to make ends meet.

I am a trans woman. And I am here to tell you that as women, non-binary, and gender non-conforming folk, we are stronger than we think and more powerful than our supervisors, peers, and even friends could ever imagine. 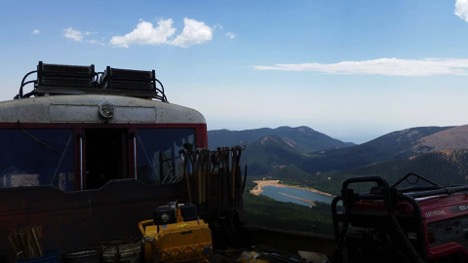 This is not a mere fact of the conditions of surviving as a femme or gender non-conforming laborer and the additional effort that is required simply to push through the antagonistic forces in an all too male-centric, heteronormative economic system. The strength of women and queer folk is inherent. It is a truth about myself that I learned the hard way, through the incomparable experience of being a trans woman on the Pikes Peak Cog Railroad track maintenance crew.

I have been misjudged and underestimated my entire life, for a great variety of reasons besides my transness. When I stepped into the office of the track crew foreman in April, his apprehension was largely due to my unassuming build. My scrawniness wouldn’t last the summer. No way I would last even two weeks. “Look kid, I can give you a chance, that’s what I can do. We’ll see what you’ve got.”

What the foreman underestimated – what my scrawniness hid – were my survival instincts and unrelenting tenacity. Feminine qualities. Qualities that make women perfect for jobs like repairing an alpine railroad that has run since 1891. Women and genderqueer folk know all about survival. Surviving in a world that’s antipathetic to our very gender, our very identity, hones a subtle strength. 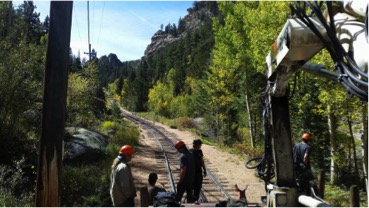 When we as a society think about crafts and careers that are typically seen as manly or masculine, we associate those occupations, whether they are machining, manufacturing, metal work, welding, construction, etc., with the idea of

strength. Hardiness. Resilience. Things that are reserved for men. That these could ever be thought of as exclusively masculine qualities is a dangerous fallacy. There is nothing weak about femininity, nor does femininity mean exclusively “soft” or “dainty. In fact, hundreds of tourists reached the top of Pikes Peak every day in the summer of 2016 thanks to the back-breaking work of two trans women.

Being trans is a tightrope walk between the expectations placed on me based on what society thinks I ought to be and the dazzling possibilities I see for myself. There is the daily struggle with painful dysphoria, the deadnaming and misgendering that reminds me of the boxes society has assembled for me, the tangible realities of my body, and even the expectations I feel to live out my queerness.

Every trans person has wondered at some point if they were trans enough. Every woman has wondered if they were too much woman or not woman enough. So the idea of going “work boot and leather glove butch” as a track laborer on the side of a mountain, while coming out publicly as trans was an act of revolution.

Not many tourists know just how laborious maintaining the track is; even fewer knew that there were polished nails under my work gloves, lace panties under my long johns, and a bralette beneath the layers I wore to avoid frostbite while attending to the daily issues of America’s highest railroad.

Beginning in August, I started chemically transitioning with a regimen of estrogen and anti-androgens/testosterone blockers. The physiological effects were real and difficult. Heavy lifting became that much heavier. My muscles remained sore longer, I became cold easier, and my sore breasts made swinging a ten pound sledge hammer a chore. However, the extra effort didn’t mean I was weak. It meant I had what it took to work harder. And true, it is marvelous to think that women, trans women, kept the track safe for the tourists who would not otherwise see the beauties of America’s mountain. Yet what matters is that we did the work, not just that we were women doing it.

Once, we had to dig the plow train out of backfilling snow in a freak windstorm, and our rescue train had failing brakes, resulting in a runaway train on a 14,114 ft. mountain. Another time, I was hit by a train full of passengers at the summit, luckily with my hard hat on. At the beginning of the season, we removed fifteen vertical feet of snow from in front of the summit house door. We replaced hundreds of ties, fixed uncountable joints in the rails, and shoveled more snow and dirt than I care to remember. Resilience, strength, and industriousness are feminine. Maleness, particularly the cis-hetero concept of maleness, does not have a monopoly on toughness. 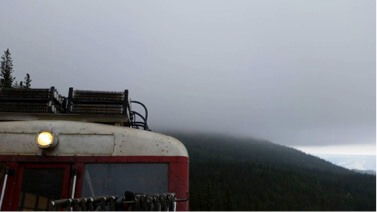 At the end of the day, there was a job to do, and that job was difficult and painful and tedious, but we did it, just as women all over this country and the world do the jobs. The heavy jobs. The dirty jobs. The messy and hot and demanding jobs.

I learned how to pound spikes, how to lay steel cog rack, how to hook up an acetylene torch, how to grease and maintain a 1950 GE work train, how to repair rails. I learned how capable I was and how necessary it was that I do this work, despite the all-too frequent messages that my femininity precludes me from hard labor and industrious pursuits. In fact, my femininity enables me be a better track worker. I certainly would not have felt brave enough to endure the injuries, the exertion, the beating sun and the freezing wind chill, were it not for the greater level of authenticity I embodied after coming out as trans and living authentically as myself.